Why we don't use Wool.

Early on, we decided that Embassy of Bricks and Logs would be an ethically vegan brand. Wool still is a sought-after material in outerwear, often praised as “natural” and “eco-friendly”. But we have good reasons to opt against using it in our collections. Here they are.

Let me start on a personal note: Before becoming a founding partner here at Embassy, I had been working as a freelance photographer and author for over a decade. Besides other gigs, I was doing work for several clients from the realm of ethical fashion and one of them sent me to document where the wool for their collection was coming from. So in 2017, I went to Patagonia with a small crew to see some of the things we’re discussing in this article with my own eyes.

“I went to Patagonia and saw with my own eyes.”

While I think that these first-hand experiences definitely add credibility to this article, I also want to mention that we were walking through the front door of the facilities, invited in and welcomed by the farm owners, as the whole trip was put together by the wool-producers these farms deliver to.

So at any point of the journey, I was well aware that everything I would be learning would probably have to be taken with a grain of salt. We were presented with the world view of industry insiders, our whole experience filtered through this lens. Which is why, once back home, I was invested in completing the picture, always on the lookout for additional facts and figures to tell the part of the story that’s normally hidden from plain view, especially to consumers. 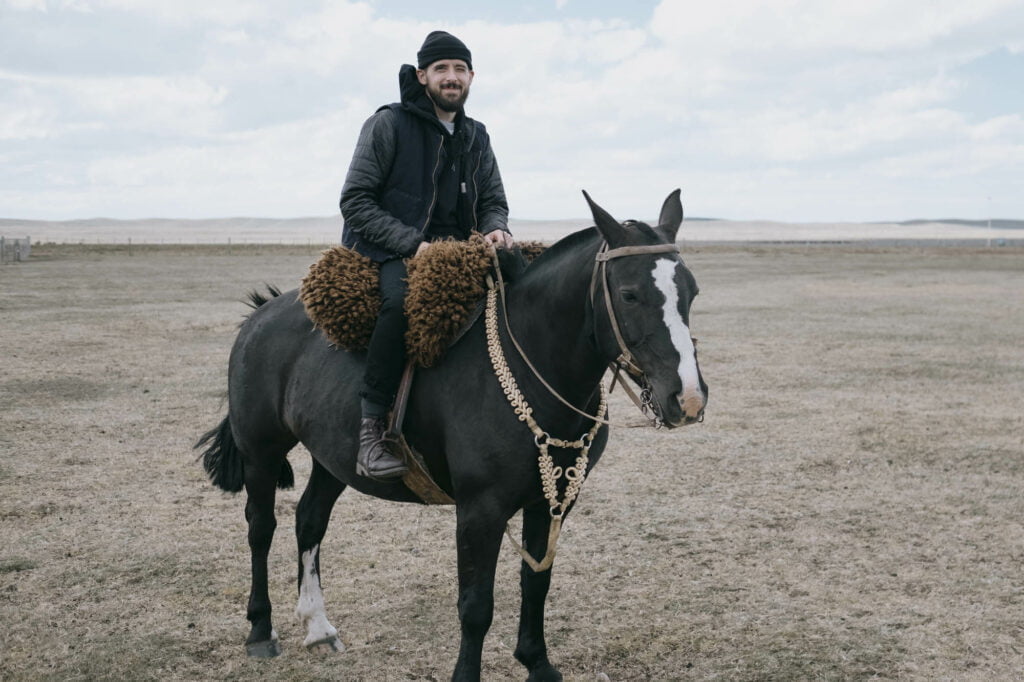 Embassy co-founder Eric Mirbach not feeling very much at home on the back of a horse when scouting wool farms in Patagonia – Photo: Julia Aruni Kirschner

Now don’t get me wrong: We met wonderful people, the trip was a real adventure I will hold dearly and I’m well aware that my perspective as a Western European urbanite is nearly impossible to translate into the life and realities of Southern Patagonian gauchos. But then again, all of this happens to fuel the Western markets I’m a part of. I’m the very target group of these eco brands – heck, I even co-founded one.

At the end of the day what was really unsettling is to learn that some of the cruel methods that are mostly inevitable in an industry of such a massive scale, are not even considered something worth hiding. They are standard practice.

“The environmental problems of using animals in fashion are real.”

First off, if we zoom out a bit: livestock contributes 14,5% to global GHG emissions, that’s more than the global transportation sector combined (all planes, cars, trains and ships worldwide)!1 In addition to that, livestock and their feed consumes almost one-third of all freshwater in the world today.2

Animal materials used in the fashion industry are often considered “just a byproduct”, but it’s important to understand that these materials can not be divorced from their source, which is industrial animal agriculture. The environmental issues of these products do not disappear, just because we “use” more of the animal.3

Last but definitely not least, animals are living, breathing beings. They love, they fear, they have social lives, they build families and they want to live in freedom, especially free from harm.

“Sadly, sheep are treated as a commodity.”

Sheep are gentle creatures which, if they were left alone and not genetically manipulated, would grow just enough wool to protect themselves from the elements. Sadly, because we’ve created a market for their fleece and skins, sheep are treated as a commodity.

While we like to think that shearing sheep is basically just “giving them a haircut” and wool is often marketed as “eco-friendly”, the reality of the wool industry is vastly different from our expectations.

The world’s sheep population reached 1.2 billion in 2012, which means that sheep are contributing 25% of the global total for mammals. Australia, the highest wool-producing country in the world with a $3 billion wool industry, is 71 million sheep and lambs, more than twice the number of cows and pigs combined and threefold the number of human Australians.4

These sheep are a significant contributor to greenhouse gas emissions, desertification and water scarcity.5

This also means that the global demand for wool has helped creating the dry, hot conditions that accelerated the catastrophic Australian fires in 2019. Tens of thousands of sheep have been burned to death, often fenced-in and unable to escape.6

When we compare wool to other fibers, both natural and synthetic, inclusion of enteric methane gas emissions means that wool will consistently have the highest GWP (global warming potential) impact.7

Shearers are usually not paid by the hour but by volume, which encourages fast work and leads to frequent injuries. A PETA investigation of more than 30 shearing sheds in the U.S. and Australia uncovered rampant abuse, with shearers caught on tape punching, kicking, and stomping on sheep.8

Due to higher temperatures in Australia and New Zealand, lambs are forced to endure a procedure called “mulesing”, which essentially means that huge chunks of skin are cut off around the anus and vagina, often without painkillers.8

When we visited several sheep farms in Patagonia in 2017 and asked the workers how male sheep are castrated, they confirmed the “rubber ring method”: A tight rubber band put around the testicles to cut off blood supply, one of the most painful methods of castration possible.

Within weeks of birth, lambs’ ears are hole-punched, their tails are chopped off, and males are castrated without painkillers.8

A lot of Australian sheep are shipped to the Middle East on crowded multilevel ships in horrible conditions once they are “spent”, meaning the quality of their wool goes down.9

“So where do we go from here?”

So what’s the answer? Well, it’s not perfect. For now, we will have to decide between materials made by an industry that treats living beings like commodities and has a vast impact on the environment on the one hand, and then man-made fibers on the other. And even though both ethically and environmentally speaking, these are considerably less bad, they still come with their very own set of problems:

They are made from oil which again means methane emissions, wildlife disruption, potential oil spills, they are not biodegradable10 and can only be recycled when kept pure (something we take good care of when making our puffer filling material, btw) and if you haven’t heard about micro plastic, there’s a whole other rabbit hole for you to go down.

So yes, synthetics are a real problem and there’s no denying that. But while everybody here at the Embassy agrees that petrol-based, man-made materials are not the final answer in what is an ongoing quest for the perfect fibers to protect us naked humans from the elements, data (and our intrinsic moral compass) clearly lead us away from using animals like objects and looking at their hair and skin as material.

Luckily, we live in a time where textile innovation is in full bloom. From mushroom leather to lab-grown fur, loads and loads of new ideas and materials are in the works as I write this and we can’t wait to do our part pushing the envelope of what’s possible in future outerwear that’s not only good for the people wearing it, but also has a positive impact for garment workers, the environment and the animal kingdom.

We’d love it if you would accompany us on our journey.

Sending love from
The Embassy 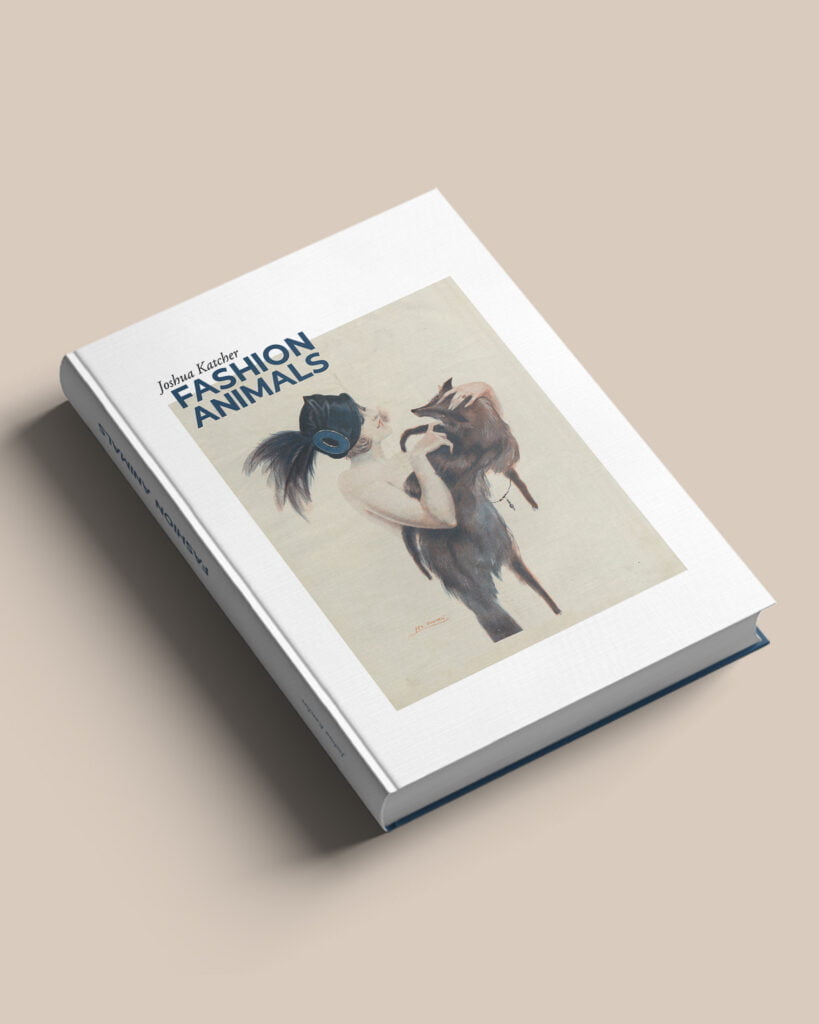 PS: A huge thank you to Joshua Katcher, who has been researching facts and figures about animals in the fashion industry for years and concluded his finding in his book “Fashion Animals”. We highly suggest checking out the book and Joshua’s work. 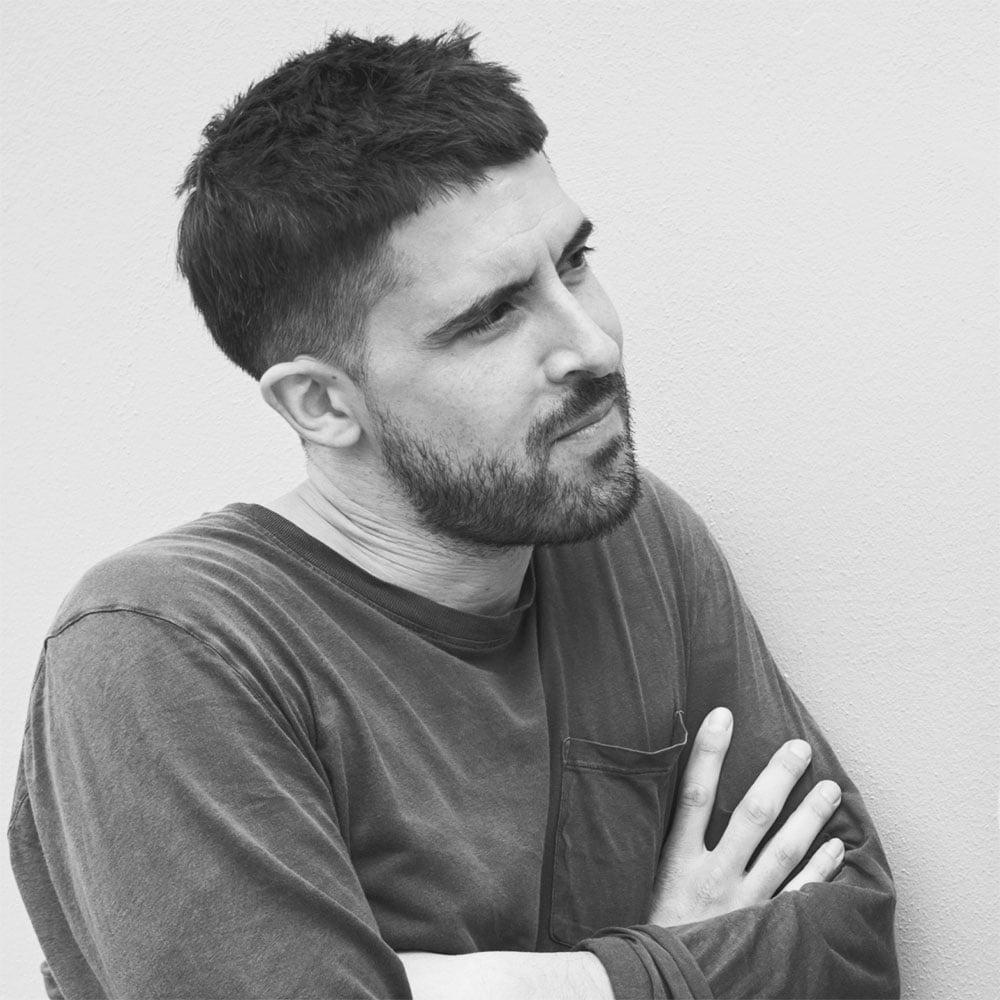 As Head of Brand for Embassy of Bricks and Logs, Eric Mirbach is in charge of all marketing efforts… which includes all things ’sustainability’ here at the Embassy HQ.

Embassy of Bricks and Logs